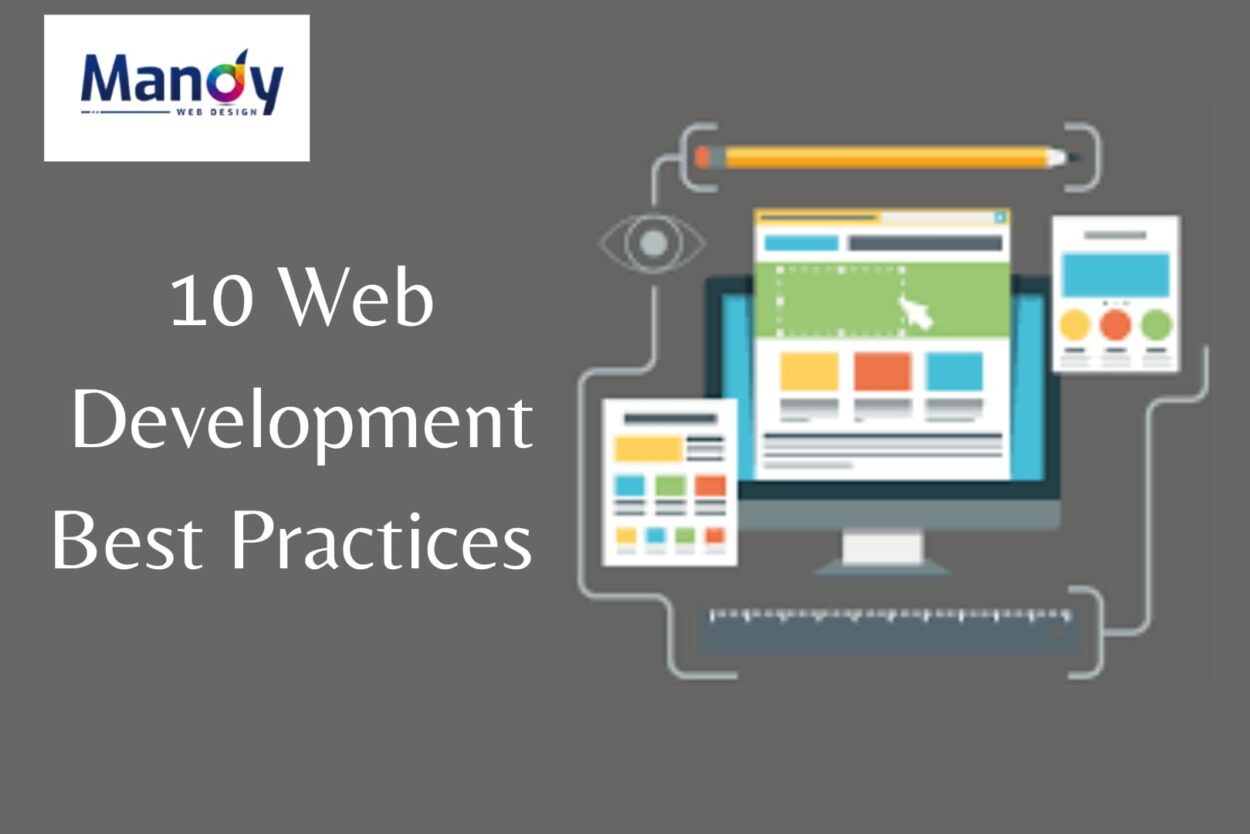 With every passing day, technological advancements and innovations are taking over industries of all kinds. As a result, end-users of these industries are gradually developing exclusive expectations, which, in turn, are making the owners of businesses tweak the way their web development teams handle the technicalities of their business websites.

Every web development company has to follow the best practices of web development to create digital products that will align effectively with the standards of the industry and meet user expectations. In this technologically augmented day and age, web developers and designers are becoming more and more important.

These people have to work on numerous projects. Some of them are simple enough while others are quite complicated. If you’re a developer, you should know the latest web development skills and you’ll benefit profoundly from incorporating and following a few habits and practices to reduce mistakes, decrease time wastage, and deliver the highest quality of work to your clients.

The best web developers out there often notice a never-ending list of </div> tags in the closing lines at the bottom of a webpage whenever they view the source of a website. Hundreds of rookie developers out there believe that they have to utilize “divs” to come up with high-quality code. In doing so, they neglect tables entirely. Of course, “divs” tend to be cleaner when compared to tables, but if a developer doesn’t organize the code, it can turn into something even messier than table-based coding.

While using indentations in the beginning is good enough, developers will save more time if they comment on all the div tags in the closing statements.

It’s perfectly possible to include CSS files by using the directive called @import. It’s useful when you wish to combine one style sheet with another. Another worthwhile practice you should follow is to include the CSS file in HTML documents. The strategy is effective, but the @import directive tends to be slower than the other method of including stylesheets into HTML documents. Your choice won’t make much of a difference on websites with low traffic, but if you get the chance to work on a popular web platform, you mustn’t waste the time of your visitors by using @import.

Only beginners and others who have been hiding under a rock for the last six years won’t be aware of the usefulness of CSS resetting. By default, browsers never apply default styling to the elements of HTML. Causing a CSS reset will make sure all elements remain free from specific styles so that the developer can define their own without taking the risks of rendering issues associated with cross-browsers.

HTML is a markup language and the best way to use it is for organizing documents by creating footer, header, blockquotes, lists, and more. Even a short while ago, developers working on the frontend of a website often relied on the currently deprecated attributes of HTML to add style to a specific element. Today, the style attribute lets developers insert CSS into HTML documents directly. It’s highly useful for testing when you need to hurry, but using the attribute is actually a bad practice that goes against the philosophy of CSS.

Even the best developers experience difficulties in optimizing images for a website. Some of them resort to the same Photoshop command called “Save for web,” but in most instances, they end up with extremely large or low-quality images. Naturally, developers simply use un-optimized images. It’s a bad habit that you should get rid of right now. As long as you don’t have to worry about the bandwidth of the website, you can put up such images.

However, the moment you switch to a private server, you need to be careful. There’s a tool called “Smush It” that lets you enter the URL of an un-optimized photo. Once you do, the tool will revamp it and return a perfectly optimized version of the same.

You must avoid mixing JavaScript in HTML documents just as you should refrain from mixing CSS with HTML. This strategy is a bit difficult to incorporate in the beginning, particularly for beginners. However, within a short period, you’ll get used to it. This strategy will also keep HTML documents pristine.

7. JavaScript at the base:

Back in the late 1990s and early 2000s, web developers used to place the files of JavaScript within the </head> tags and <head>. The problem with this approach is that the browser will load the JavaScript files first. After that, it’ll move on to the content. If you push your JavaScript files towards the bottom of the documents, you’ll ensure they load only after the browser manages to display the content properly.

Every developer knows how annoying IE can be. Some clients make things even more difficult by asking you to create pages compatible with such an obsolete browser. When it comes to targeting a specific version of Internet Explorer, you should use a few hacks available these days. At times, these hacks can prove to be a lifesaver. Then again, they’ll cease to remain effective if you need to work with a specific IE version. Your CSS validation will go down the drain. Instead, you should resort to conditional commenting to target IE6.

9. Semantic use of HTML:

HTML is a markup language, not a programming language. You use it to build structured documents by symbolizing structure semantics for textual data, such as paragraphs, headings, lists, and others. If you began your career as a web developer during the 1990s, you probably know how dirty markup languages used to be. Fortunately, this problem doesn’t exist anymore. Nevertheless, it’s vital that you use HTML elements semantically.

One of the most significant mistakes made by experienced developers when developing CSS, HTML, and JavaScript was to avoid testing the pages on different browsers while creating them. You shouldn’t do the same. Cross-browser issues still exist, specifically for frontend development due to Internet Explorer. If you keep testing documents on Firefox, Bing, Chrome, and every other popular browser while coding, you’ll be able to solve all cross-browser rendering disorders.

Well, there you have it – ten web development practices you should consider following at the earliest to become a better developer than you already are. Similarly you should also know about the common mistakes made by web designers so that you can give the best user experience to your audience.

Manoj Shukla serves Mandy Web Design as the Designing head and guides his team in designing eye-catching websites. Apart from the valuable updates he shares through his blog, he is passionate about teaching. Being an exemplary learner, he inspires his team with perspectives like these.

Manoj Shukla serves Mandy Web Design as the Designing head and guides his team in designing eye-catching websites. Apart from the valuable updates he shares through his blog, he is passionate about teaching. Being an exemplary learner, he inspires his team with perspectives like these.